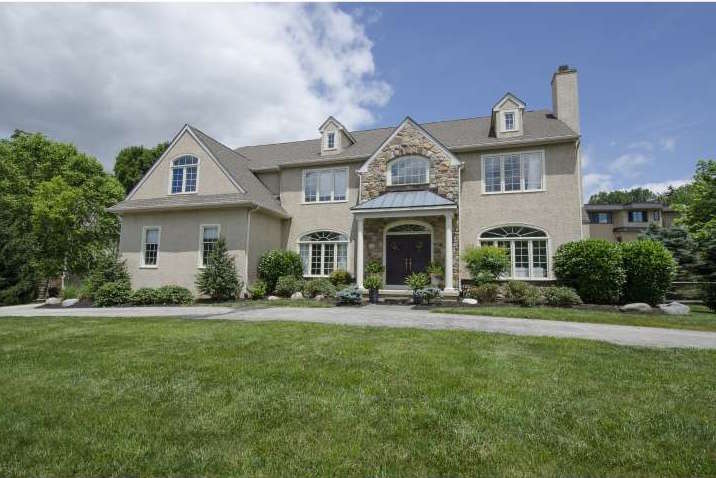 Lafayette Hill is a relatively tiny community in Whitemarsh township. Just east of Plymouth Meeting and north of Conshohocken, Lafayette Hill offers a respite from the more congested areas closer to Philadelphia while still being near major amenities and thoroughfares.

Lafayette Hill was named after the General Marquis de Lafayette, who led a contingency of General George Washington’s forces during the Revolutionary War. Just before the decampment from Valley Forge following the spring thaw of 1778, General Washington dispatched a small group of troops under the Marquis’ leadership. They were tasked with conducting reconnaissance of the British army, which was preparing to depart their garrison in Philadelphia where they had spent the winter.

The British forces discovered the Marquis’ contingency while they were stationed on Barren Hill. They attempted to encircle the Marquis, but his quick thinking allowed the group to safely retreat with minimal casualties. In 1900, Barren Hill was renamed Lafayette Hill to recognize this feat and honor the French general. His maneuver and wily escape is credited from preventing what would have been a disastrous blow to the Continental Army.

A far cry from the barren hilltop and farm fields of the 18th century, Lafayette’s tiny 2, 200 person population belies its modern charms and access to modern amenities. Miles Park provides recreational baseball, basketball and softball teams facilities, and the area is surrounded by notable golf courses. The historic Philadelphia Cricket Club operates the Wissahickon course, built in 1922. Whitemarsh Valley Country Club also operates a nearby course, as does the Green Valley Country Club and the Sunnybrook Country Club.

Just a scant minute’s drive away is the intersection of the Pennsylvania Turnpike and I-476, adjacent to Plymouth Meeting. The Plymouth Meeting Mall lies opposite the interchange, as does a Whole Foods Market and a number of other popular retail stores. Further south sits the Metroplex, an outdoor shopping mall, followed by IKEA’s store just outside Conshohocken. The King of Prussia Mall is less than 20 minutes away across the Schuylkill River, and it offers upscale shopping and nearby dining.

Households in Lafayette are general well-off, with over 90 percent of the town working salaried jobs. The most common occupations are management, sales and teaching. In 2010 the per capita income was estimated near $55,400, equating to a $222,000 household income for a family of four. The median sales price between February and March 2015 was $280,000, and the average listing price as of May 13, 2015 was $425,000